Every Fire and Rescue Service in the UK has their own unique badge. They are based upon the eight pointed star that represents the cross of St. John. The eight points or 'tenets' are said to represent the knightly virtues of: 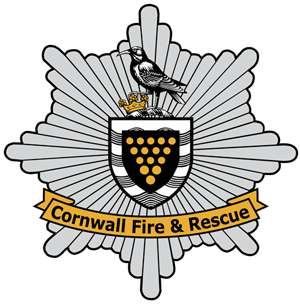 The origins of the eight pointed star can be traced back to the time of the Crusades. These were in the eleventh and twelfth centuries. The star originates from the Maltese Cross which was the emblem of the Knights of Malta. It was used by the Knights of Saint John of Jerusalem during the Crusades.

The Knights of Saint John was primarily a charitable, non-military organisation. A white or silver cross on a dark background was adopted by these knights. They were sometimes known as 'hospitallers' because of their charity toward the sick and poor in setting up hospices and hospitals. Later, they assisted the knights of the crusades with their goodwill. They also gave military assistance in an effort to win back the Holy Land. Many members were called upon to perform heroic deeds. These included rescuing fellow Knights and extinguishing fires. In acknowledgement of this bravery, these Knights wore a Maltese Cross inscribed with their actions. It is likely that this is where the association of the Maltese Cross with firefighters was born.

Use by Fire Services

Wherever the line between myth and truth lies is not exactly known. It can be said that the Maltese Cross and also any derivatives are regarded as a symbol of protection and courage. In simple terms it identifies with the fact that the firefighter who wears the badge could, and sometimes does, lay down his/her life for others. This is in the same way as the Crusaders sacrificed their lives so many years ago.

When the star was first used in this country for the badge of a firefighter is not easy to establish. One of the earliest example found is the brass eight pointed star adopted for use by the National Fire Brigades Association in 1887. This Association was prior to the formation of the National Fire Service in 1942. It was one of the main organisations that existed nationally. They provided many things for fire brigades throughout the country, including:

The Auxiliary Fire Service was formed in 1938 and the Home Office adopted the eight pointed star. Upon the formation of the National Fire Service in 1942 the same pattern was used with the top 'tenet' being the King's Crown.

In March 1948 the Home Office published a National Fire Service Circular detailing the new rank markings and style of cap badge. This was to be based on the chromium eight pointed star with the centre being of a design specific to each individual fire brigade.

The eight pointed star remains the symbol of the fire and rescue service today. All services across the country incorporate the design into their badge.

Cornwall's current badge incorporates the eight pointed star. It also includes the Cornish Coat of Arms. Like the county itself the shield is enclosed by waves. At its heart is the history and mystery of the golden roundels or 'bezants'. In the past they were not necessarily arranged as an inverted triangle. One story is the roundels are the ransom raised in Cornwall for the Duke of Cornwall. The Duke had been captured by Saracens during the Crusades.

Among the more colourful conjectures is the tale of the King's eldest son, captured by Saracens during the Crusades. Loyal Cornishmen, it is said, helped to raise the ransom of 15 golden coins. These were named bezants after Eastern Europe's Byzantium. The shield is thought to commemorate this King's (or more properly, Prince's) ransom.

Above the shield rests a Chough which is a relative of the Jackdaw. It is a symbol of Cornwall that was once a common sight on the county's cliffs. These birds were nearly wiped out and almost extinct in the county. Through the help of conservationists they have recently been re-sighted in Cornwall.

The bird rests its claw on a Ducal Coronet. The Duchy of Cornwall has long been the inheritance of the Queen's eldest son, as is the title of Duke of Cornwall. It includes land in:

The new Cornwall Fire and Rescue Service badge is more or less exactly the same as the old Cornwall Fire Brigade version. The only change is to the scroll and text. It has also been produced in reduced colours which makes it cheaper to reproduce.

The previous Fire Brigade badge was produced in full colour. The Chough was illustrated with a blue-black plumage and a distinctive curved red bill. The new design sees a reduction in the colours used to save reproduction costs and to reflect the Cornwall Council logo.  The differences can be viewed in more detail below: 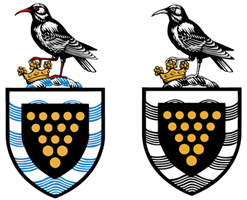 The image below shows Cornwall Fire Brigade's previous cap badges. The last version (on the right) represented the Brigade's Golden Jubilee. This is a celebration of 50 Years of Service (1948 - 1998).

Below is a list of former Chief Fire Officer's based in Cornwall:

If you have any difficulty downloading the above publication files, please contact us and we will send you a copy.

Most issues can be resolved online, it's the quickest and most convenient way to get help.