Councillors have voted to defer a decision on whether to hold a referendum on Cornwall having an elected mayor until the results of a public consultation are known.

At a full council meeting today councillor John Keeling proposed an amended motion that said: "The decision on whether Cornwall Council should vote on whether or not to hold a referendum to decide whether the council is, in future, led by an elected Mayor, should be deferred until a report is received by Council on the outcome of the public consultation on the Devolution Deal including the requirement to have an elected Mayor."

It was approved by full council following a vote in the chamber.

The mayoral issue was one of two motions debated, with the first, on calling for greater powers to tackle sewage discharges into Cornwall's waterways and seas supported across the chamber.

Alongside on the busy agenda was the appointment of members to the Standards Committee, the uplifting of the council's Capital Programme, and a variety of recommendations from the Harbours Board.

The motion debate on whether to hold a vote on a proposed referendum came ahead of a possible new devolution deal for Cornwall from Westminster, which could see extra powers and investment handed to Cornwall Council.

The Government has insisted that, in order to get the best possible deal, a new system of Governance should be adopted, with the current Council Leader replaced by a new Council Mayor directly elected by the people of Cornwall.

Addressing the chamber, council leader Cllr Linda Taylor had already reassured members that any changes made would be done with the residents of Cornwall in mind. 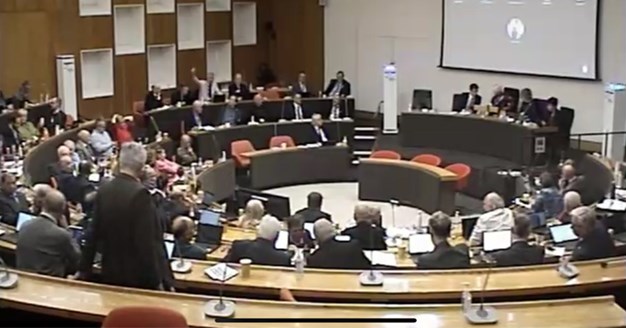 She said: "As Leader of this Council I know not everyone will always agree with me, but I can assure you that I will always put residents first and I would ask you all to keep an open mind until you read the full details of the proposed Devolution Deal when it is published and you are able to appreciate the benefits this deal could bring to the residents and businesses of Cornwall in these tough economic times."

You can watch a replay of today's meeting via the council's webcast service.Watch the webcast here