Some of Cornwall’s female firefighters, inspired by the Lionesses winning the Women’s Euro Championships, are in training for the first women’s national fire service tournament to be held later this year in Manchester.

Firefighter Samantha Spooner says the five aside team, which has ambitions to expand into an 11 aside team in the future, is made up of on-call and whole-time firefighters and workshops personnel, with anyone who works for the fire service welcome to join in.

Sam said: “When I found out about the national tournament with teams representing fire services from all over the country, I thought it would be a great thing to be part of - the first fire service female tournament in the UK. I put the feelers out and there was a lot of interest from colleagues who wanted to get involved. Everyone is welcome, we’ve got a real mix of abilities within the team.

“All the team were watching the Euros. It was a great inspiration for the whole country and young girls that are taking up the sport. It highlighted the fitness levels and the team spirit fantastically well, which is a reflection of what it is like to work for the fire service.” 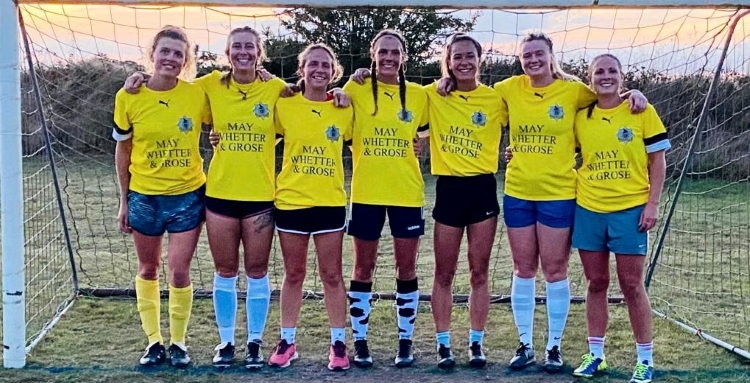 Chief Fire Officer Kathryn Billing said: “This is great to see. We in the fire service are one team keeping Cornish communities safe. I’m proud to promote gender equality and to work with many empowering and inspiring women on a daily basis. We are always on the look-out for more on-call firefighters across the Duchy, with women being encouraged to consider the fire service as a career. And now there is an added bonus of potentially being able to represent Team Cornwall at football!”

The women’s team joins the existing men’s fire service team in their quest to represent Cornwall Fire and Rescue Service at football tournaments.