With the UK aiming for no new transmissions of HIV by 2030, people are reminded of how easy it is to test for the virus and prevent it spreading if the test is positive.

Today an estimated 105,200 people live with HIV in the UK, and 97 per cent of those people take medication to control the virus and prevent them passing it on to anyone else. 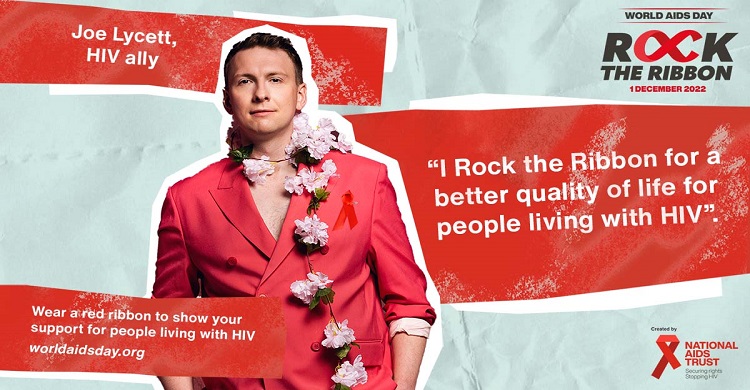 However, evidence suggests there are over 5,000 people in the UK living with undiagnosed HIV.

HIV testing is free in Cornwall. Testing is available in person at Brook Cornwall sexual health clinics, or by ordering home testing kits from the Brook digital service. There are also rapid result kits available through The Eddystone Trust.

Condoms are the most effective way of preventing the transmission of HIV and other STIs. However, people who have possible increased exposure to HIV can also take a pill called a pre-exposure HIV prophylaxis (PrEP) to prevent the risk of HIV infection on an ongoing basis before sex and continued after sex. PrEP is available free from Brook sexual health clinics in Cornwall.

Eddystone can also provide free and discrete condoms by post.

“However, it is crucial that people are diagnosed as early as possible which means that anyone who thinks they may have been infected should get tested as soon as they can.

“Testing for HIV puts you in control of your health and thanks to treatment, means you can live a healthy life.

“Sadly, stigma and discrimination remain a reality for many people living with HIV which is why World AIDS Day is so important. It reminds us all that HIV has not gone away – there is still a vital need to raise money, increase awareness, fight prejudice and improve education.”

“Knowing your HIV status puts you in control of your health. This World AIDS Day, we’re encouraging all Cornwall residents to take charge and take a test.

“People aged 16 and over can order free home testing kits for STIs, including HIV, through our discreet, innovative digital service. This means that more people can access vital HIV testing, including those who may face barriers that prevent them from visiting a clinic.”

“This year we want people to claim their HIV status. World AIDS Day is an opportunity to start conversations about HIV, update everyone’s knowledge and perception of the virus, and test.

“There is still so much stigma and shame associated with HIV, and most of it is based on outdated and incorrect information. As well as wearing your ribbon this year, claim your status!”