A rogue trader has been ordered to pay fine and court costs totalling more than £2,000 after pleading guilty to unfair trading practices.

In April 2021, Anthony Mark Blackburn of Plymouth, trading as M&A Contractors, cold called at the home of 78-year-old man in Calllington. He offered to paint the man’s house and clean the gutters. Blackburn quoted £2,400 but said he was only in the area for a limited time and would need a quick decision.

The pensioner agreed to the work and signed a document waiving their right to a 14-day cooling-off period. The work started the next day, at which point Blackburn then persuaded the householder to have his driveway, paths and patio cleaned for an additional £1,450.

Jet washing and cleaning was carried out for one day before the pensioner’s daughter intervened.

She challenged Blackburn saying that the amounts he was charging appeared to be excessive, particularly as the house was in a good state of repair.

The following day, the pensioner told Blackburn that he was no longer interested in having the work completed and offered to pay a £1,000 for the work done to that point. Blackburn refused and asked for a cheque for £1,200. 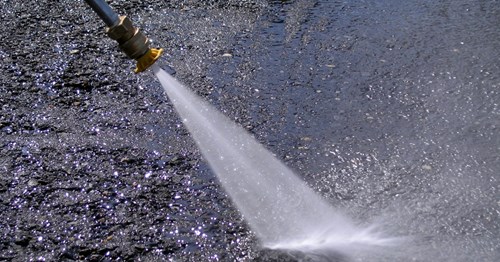 Cornwall’s Trading Standards were contacted by the man’s daughter and following their intervention, Blackburn returned the cheque.

At Bodmin Magistrates’ Court on 28 September, Blackburn entered guilty pleas for two offences under the Consumer Protection from Unfair Trading Regulations 2008. He was given credit for early guilty pleas. Blackburn received a fine and costs totalling £2,154.

Gary Webster, Senior Trading Standards Officer at Cornwall Council, said: “Blackburn had previously been convicted of similar unfair trading practices in July 2019 and this was another example where a cold call to a property almost resulted in the homeowner losing thousands of pounds for unnecessary or over-priced work. Blackburn insisting that a quick decision had to be made, resulted in the consumer not having the opportunity to seek other quotes.

“It was thanks to the quick intervention of the consumer’s family that we were able to step in and ensure no money was lost. The amount that Blackburn wanted to cover the work done to that point was over 30% of the combined contract value. A generous estimate of the work up to that point would be no more than £400.”

Councillor Martyn Alvey, Portfolio holder for Public Protection, said: “I would like to thank our Trading Standards team for pursuing this case and for ensuring that the man got his money back.

“I hope this is a lesson to others. Where rogue traders target vulnerable people and overcharge them for work, we will not hesitate to take action.”