A former hotel owner who put guests and members of the public at risk by breaching fire safety regulations has been sentenced.

Michael Jordan, company director of Rocco Inns Ltd, pleaded guilty to a number fire safety offences in relation to the White Hart Hotel in Launceston. The hotel has since been sold.

At a hearing held in July, Kingsley Keat, prosecuting on behalf of Cornwall Fire and Rescue Service, told Bodmin Magistrates’ Court that Mr Jordan, aged 47 and of Barnstaple, had failed to action the recommendations identified in a Fire Risk Assessment dated 7 August 2018. 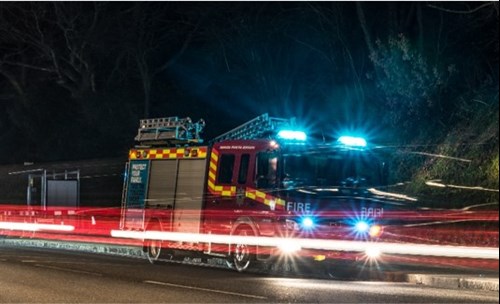 Cornwall Fire and Rescue Service on a shout

Kathryn Billing, Chief Fire Officer at Cornwall Fire and Rescue Service, thanked those involved for bringing together the case over an extended period of time.

She said: “This is a reminder for business owners to take fire safety seriously. Mr Jordan put guests and members of the public at serious risk. I urge all business owners to ensure that they have a suitable fire alarm system installed. Not only is this a legal requirement but they are there to save lives.”

Councillor Martyn Alvey, Portfolio Holder for Environment and Climate Change and matters regarding Public Protection, said: “I would like to thank everyone at Cornwall Fire and Rescue Service who was involved in this investigation.
“Where businesses fail to take their responsibilities seriously and put people at risk, we will not hesitate to take action.”

Due to the number of serious deficiencies found during the inspection the officers served a Prohibition Notice preventing the use of the premises in respect of its sleeping accommodation until adequate fire safety measures were provided.
Rocco Inns Ltd has subsequently entered liquidation and the White Hart Hotel has been sold.