Cornwall Council will host the Armed Forces Day national event in Falmouth in June 2023, it has been announced.

The town will host the fifteenth Armed Forces Day national event next year and will welcome hundreds of military personnel and their families to the town, along with parades, flag raisings and fly pasts.

The announcement was made as Scarborough hosted a spectacular 2022 event with hundreds of Armed Forces personnel, spectacular air displays, and three Royal Navy ships anchored off the stunning Yorkshire coast.

Falmouth is an enduring supporter of the Armed Forces and will welcome military personnel from across the Royal Navy, Royal Marines, British Army and Royal Air Force to its streets, joined by thousands of well-wishers. 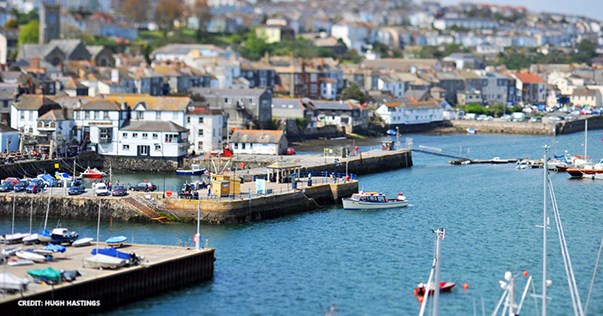 Cornwall Council's Armed Forces Member Champion and the Chair of the Cornwall Armed Forces Covenant Partnership Board, Councillor Louis Gardner said: “It is a great privilege for Cornwall to be named as the host of the Armed Forces Day national event in 2023.

“We have a deep affiliation with the Armed Forces and a strong historical link. Falmouth is the perfect destination to showcase the outstanding work of the Armed Forces past and present and pay tribute to serving troops, veterans, cadets, and service families.

"Serving personnel and veterans of our Armed Forces community will be assured of a very warm welcome and an event that thanks them for their commitment to keeping our country safe.”

Cornwall Council Leader, Linda Taylor, said: "I am absolutely delighted that Cornwall has been chosen to host the 2023 national Armed Forces Day.

"I know that Falmouth, with its strong historic military links with the Army and the Royal Air Force and Royal Navy, will mount a spectacular celebration of our military and lead the rest of the country in honouring our Armed Forces personnel past and present."

"Armed Forces Day is a time to give thanks to those who serve our country, and to inspire future generations. This is a fantastic event, and one that I know will be greatly welcomed by our local communities." 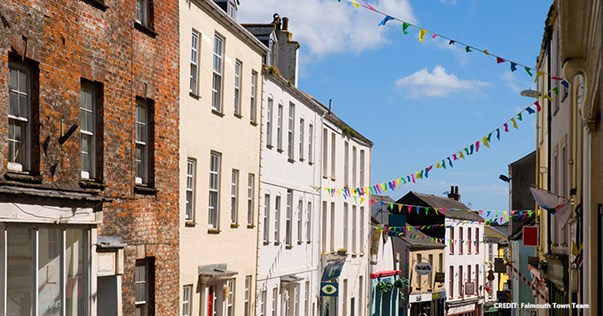 Mayor of Falmouth, Councillor Steve Eva, said: “As the Mayor of Falmouth and an ex-serviceman, I am proud and delighted that Falmouth has been chosen to showcase this prestigious event. Falmouth Town Council and Falmouth BID have worked hard to support Cornwall Council in their efforts to bring the national Armed Forces Day to the county for the first time and the fact that Falmouth has been chosen as the host venue is fantastic.

“Given Falmouth’s historical and ongoing links with the armed forces and our international reputation for hosting crowd-pleasing events, I am confident it will be a day to remember for all involved as well as provide another welcome economic boost for Falmouth, its businesses and Cornwall generally.”

Richard Wilcox, Executive Director of Falmouth Business Improvement District (BID) said: “A decade ago, we set out with a vision to make Falmouth the events and festivals capital for Cornwall, and the announcement of our collective success with the national Armed Forces Day selecting our port as the host for the 2023 event pays testament to the achievement of this goal, alongside the legacy of the G7 and our ever-growing calendar of happenings.

“Being the first port in the country, Falmouth has a long-serving heritage not just for those in the forces, but for the maintenance and servicing of many naval vessels – a crucial contributor to our local businesses and Cornish supply chain.

“The secondary economic value to all of the businesses, not just in Falmouth itself, but emanating out across Cornwall will be significant, and we look forward to bringing our professional and qualified community of event volunteers and professionals together to deliver this important tribute to all those who have and continue to serve our country.”

This year the national event is being held in Scarborough and will be attended by Chief of the Defence Staff Admiral Sir Tony Radakin and Defence Secretary Ben Wallace later today.

Armed Forces personnel from across all three Armed Services took part in a tri-service parade through Scarborough on Armed Forces Day 2022, led by The Band of HM Royal Marines.

Defence Secretary Ben Wallace said: “Our service personnel and their families’ unwavering commitment to the defence of the United Kingdom ensures that we are kept safe, at home and abroad, 365 days a year.

“On this Armed Forces Day, I hope the entire nation will join me in saying thank you to this community who make so many sacrifices to defend the freedoms and rights of British people.”

Armed Forces Day is an opportunity for the nation to show its support for the entire Armed Forces community, from service personnel to veterans and cadets to service families.

Armed Forces Day is the culmination of a week of celebrations, including Reserves Day, which took place on Wednesday, June 22.