Cornwall Council has declared an ecological emergency in a bid to tackle the decline of wildlife and nature.

The declaration approved at a meeting of full Council last week works alongside the unitary authority’s plan to help Cornwall become carbon neutral by 2030, ensuring that the recovery of nature is prioritised alongside efforts to reduce impact on the climate.

It comes after the recent COP26 global climate talks and ahead of next April’s COP15 UN Biodiversity Conference in China when world leaders will be tasked with agreeing a new deal to protect nature. 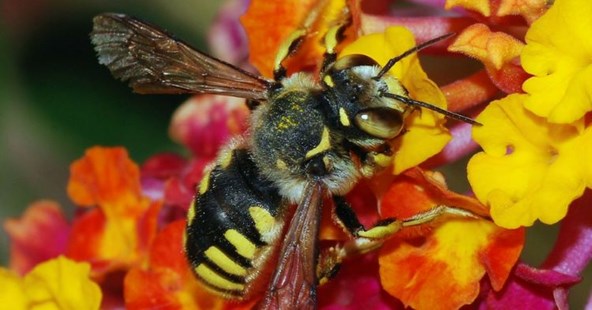 Evidence is clear that nature is in crisis globally and locally beyond the climate emergency. Major intergovernmental studies have shown that wildlife is being lost at an historically unprecedented rate, dramatically accelerating in the last 70 years.

This rapid decline is happening across England and in Cornwall, where over 20 bird species and eight bumblebee species have become extinct since the 1970s. Almost 50 of Cornwall's most important species are now at risk of local extinction.

Only around a fifth of Cornwall’s land is currently well-managed for nature with only around a quarter of our rivers being in good health.

Together with the Cornwall and Isles of Scilly Local Nature Partnership the Council will be launching a Local Nature Recovery Strategy next year when residents, businesses, local councils and community groups can have their say on a blueprint for Cornwall’s Nature Recovery Network.

Councillor John Bastin, who proposed the motion on the declaration, said: “I was prompted by the weight of alarming evidence in the recent Cornwall State of Nature report. It only confirmed my sense that wildlife is much less abundant than when I was a child.

“Climate change is only part of the problem – we need to not just cut our emissions but our pollution and destruction too.”

Councillor James Mustoe, who seconded the motion, said: “There has been an acceleration in nature’s decline in recent decades, and climate change threatens to make it worse. The Council is committed to doing everything in our power to reverse it.

“But we hope the declaration will galvanise our communities too – indeed, we only know about the crisis thanks to the network of volunteer recorders out in Cornwall collecting the data, like the Three Bays Wildlife Group in my own area.”

Councillor Martyn Alvey, portfolio holder for environment and climate change, said: “We need to make Cornwall positively supporting nature as well as carbon neutral. From our soils to our seas, protecting and enhancing it not only helps wildlife but also keeps us fed, protects us from flooding, and helps us draw down emissions.

“That’s why we need to live, feed and house ourselves in nature-friendly ways. We’ve already put nature at the heart of our decision-making and strengthened planning rules. But new environment laws will support us to do more, and I know our residents will bring their passion and knowledge as we develop plans to achieve nature recovery.”

More information is available at: https://letstalk.cornwall.gov.uk/state-of-nature

Details on the Council’s action on nature recovery is available at https://letstalk.cornwall.gov.uk/nature-recovery