Residents are being asked to give their views on proposals for a new devolution deal for Cornwall which could bring in £390m of extra funding and give new decision-making powers to Cornwall Council.

Find out about the devolution deal for Cornwall

The public consultation for the proposed Cornwall devolution agreement is launched today (December 9, 2022) at on Lets Talk Cornwall and will run until February 17, 2023. 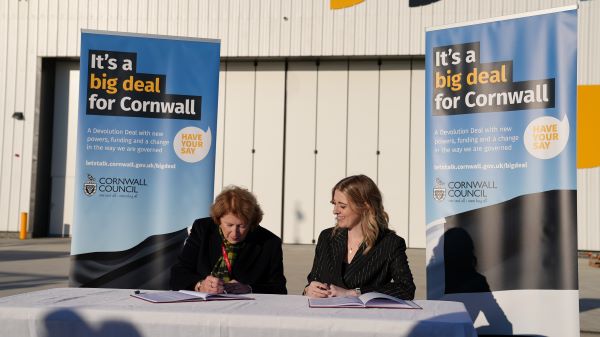 If approved, it would see Cornwall Council handed significant extra money and controls from Westminster to help:

Following the public consultation the proposed deal will be considered by the council’s cabinet next March. It will then go to full council for consideration in July 2023. 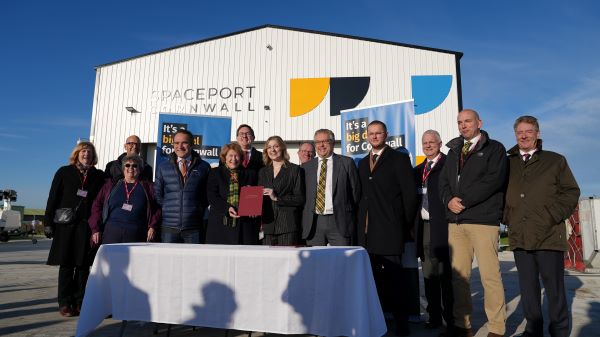 The council has secured an ambitious Level 3 draft devolution deal with government which would offer the highest range of new powers and funding to help level up the region with other parts of the country.

It includes giving Cornwall control of a new £360m investment fund that extends for 30 years, which would be invested to drive growth and take forward its priorities over the long term.

Cornwall Council would also be given greater powers over ;

A key condition of the deal set by government is changing how the council’s political leadership is determined.

The deal would only go ahead if the current governance model of having a council leader appointed by 87 Cornwall councillors was replaced by a new role of a council mayor directly elected by the people of Cornwall.

The mayor would have greater powers and a more influential voice to press upon government the unique challenges facing Cornwall.

If the draft devolution deal is approved by a majority of Cornwall councillors, a mayor would be elected in May 2024.

Ahead of the proposed deal signing ceremony, Levelling Up Minister Dehenna Davison said:

“Cornwall is a beautiful area of the UK with a rich heritage, a renowned coastline and is full of diverse businesses. But for too long it has not received the levers it needs to be able to completely level up and address the unique challenges it faces. I am proud to deliver and sign the devolution agreement today and empower local leaders here who know best the issues that most affect the region. I look forward to working with Cornwall to ensure we are levelling up, spreading opportunity and unleash this great area’s full economic potential.”

“This is your opportunity to have your say on what would be a big deal for the whole of Cornwall.

“As well as the guaranteed millions of pounds of extra investment over three decades, this proposed deal gives us the powers to tackle the unique challenges we face in Cornwall on housing, transport, skills and our economy, to benefit our residents now and for generations to come. I urge one and all to carefully consider this huge opportunity for Cornwall to receive more funding, powers and influence. Have your say now on this historic deal that will help shape Cornwall’s future.”

In addition to the £360m investment fund, the proposed devolution deal also includes:

“The devolution of the Adult Education Budget from central Government to Cornwall Council is welcomed as it will enable more tailored support to be provided to thousands of Cornwall’s residents every year to develop the skills they need for life and work. That will also allow employers to access a better skilled workforce they need for businesses to grow and thrive, particularly in Cornwall’s foundation and growth sectors.”

Securing the devolution deal would allow the Council to deliver the 2050 Cornwall Plan shaped by thousands of residents during consultations in 2020.

It would be the second time extra powers have been transferred to Cornwall following the historic 2015 agreement which was the first devolution deal negotiated by a rural authority in England.

or visit Lets Talk Cornwall to take part in the consultation.