The following press release was released by the Department for Levelling Up, Housing and Communities on Friday, 2 December, 2022: 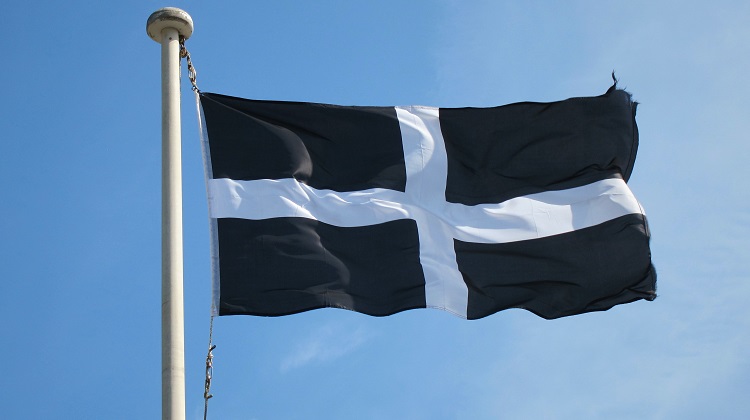 A landmark devolution deal, which transfers new money and power into the hands of local leaders in Cornwall, will be signed by Levelling Up Minister Dehenna Davison later today.

If approved, Cornwall will be devolved control over the Adult Education budget, so they can shape provision in a way that best suits the needs of residents and the local economy and will get immediate support to build new affordable homes on brownfield sites. Cornwall will also directly elect a Mayor who will sit as leader of Cornwall Council, giving them a stronger local voice in discussions with central government and others. A uniquely important issue locally, the deal also commits central government to work more closely with Cornwall Council when considering any changes to alleviate the challenges of second homes and short-term lets.

This is an important first step towards devolution for Cornwall. The deal is subject to local consultation, and a council resolution and the transfer of powers will require local consent and parliamentary approval.

Government funding worth £360 million will also be guaranteed to Cornwall over the next 30 years and this will enable the region to plan for the long-term, boosting levelling up across the region and unleashing its full economic potential, as well as addressing unique challenges it faces as a rural area.

Levelling Up Minister Davison will attend a signing ceremony at the iconic Spaceport Cornwall later today, to officially sign the deal with Cornwall Council. The signing continues the government’s devolution revolution with England moving closer to being 50% covered by bespoke regional devolution deals. What’s more, the new agreement reaffirms the government’s commitment in the Levelling Up White Paper to offer a devolution deal to any area wants one by 2030.

The proposed deal sets out the government’s plans to devolve more power to Cornwall Council through:

Ahead of the signing ceremony, Levelling Up Minister Dehenna Davison said:  "Cornwall is a beautiful area of the UK with a rich heritage, a renowned coastline and a fantastic array of businesses. But for too long it has not received the levers it needs to level up and address the unique challenges it faces.

“I am proud to sign the devolution agreement today and empower local leaders here who know best the issues that most affect the region.

“I look forward to working with Cornwall to turbo-charge levelling up, spread opportunity and unleash this great area’s full economic potential.”

Cllr Linda Taylor, leader of Cornwall Council, said:  “This is a big deal for the whole of Cornwall, and provides the certainty required to tackle the challenges we face. This gives us the opportunity to secure more decision-making powers as well as bringing in millions of pounds of extra investment which will allow us to shape the future of Cornwall for the benefit of residents for many years to come.

“The proposed deal provides clarity in uncertain times and would allow us to make future plans with confidence, enabling us to deliver on our priorities to create a carbon neutral Cornwall where everyone can start well, live well and age well.

“The government has made it clear that the proposed deal is conditional on making our governance change. I am appealing to one and all to carefully consider this huge opportunity for Cornwall to receive more funding, powers and influence – and have your say on the deal that will help shape Cornwall’s future when the consultation begins next week.”

Mark Duddridge, Chair of the Cornwall and Isles of Scilly Local Enterprise Partnership, said: “The devolution of the Adult Education Budget (AEB) from central Government to Cornwall Council is welcomed as it will enable more tailored support to be provided to thousands of Cornwall’s residents every year to develop the skills they need for life and work. That will also allow employers to access a better skilled workforce they need for businesses to grow and thrive, particularly in Cornwall’s foundation and growth sectors.”

These deals are just the first steps in transferring power away from Whitehall into areas that want them. Since their first deal with government in 2014, Greater Manchester has done a further five deals with government, on areas covering planning, transport and health and social care, and is now negotiating with government for a further ‘trailblazer’ deal which will see deeper devolution.

Cornwall joins York and North Yorkshire and the East Midlands who have already signed devolution deals this year, with further talks continuing with Suffolk, Norfolk and councils in the North East.