An open letter to residents regarding Devolution to Cornwall

Dear One and All,

In the past weeks and months, we have been working hard to negotiate a second devolution deal for Cornwall to secure long-term investment and to enable more decisions about Cornwall being made in Cornwall for the benefit of our residents and businesses.

Which is why I was pleased to read the Chancellor of the Exchequer’s Autumn Statement and see confirmation that the Government was in “advanced discussions” with the Council on a proposed devolution deal.

This isn’t the first time Cornwall has been at the forefront of devolution. We were the first rural authority to agree a deal with Government in 2015. That deal allowed us to deliver better public transport. It allowed us to retain and reinvest business rates in Cornwall. It allowed us to press ahead with deep geothermal exploration, which could prove so vital for our energy security in the future. The 2015 devolution deal has delivered real benefits to our residents, our communities and our economy. 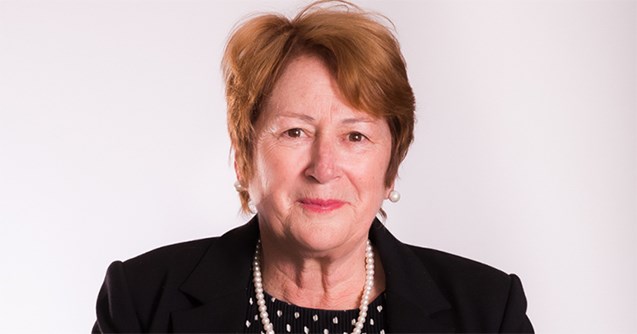 Cornwall made a success of the first deal and we know that we are well placed to go even further with a new deal, laying a future path to deeper and broader devolution.
We know that the key to securing the most ambitious, bespoke deal possible from Government requires a change in how the political leadership of the Council is determined; from a Council Leader appointed by the 87 members of the Council, to a Council Mayor directly elected by the people of Cornwall.

The Government has made it clear that the proposed deal is conditional on making this governance change. The deal falls if we don’t have an elected Mayor of Cornwall Council directly accountable to the people of Cornwall.

An elected Council Mayor is also about giving Cornwall a stronger and more influential voice to Government to understand the unique challenges that Cornwall faces.

It’s about levelling up with similar powers, freedoms and investment secured by metropolitan areas like Greater Manchester and West Midlands. It is about making sure Cornwall is not the poor relation and left behind. It is about a stronger and more sustainable Cornwall for current and future generations – a devolution deal to deliver the 2050 Cornwall Plan shaped by thousands of residents in 2020.

In the next few weeks, as the Chancellor outlined, we hope that details of the proposed deal we are seeking to secure for Cornwall will be announced by Government. You will soon be able to see the shape of the deal and the wealth of benefits on offer to your communities.

In the meantime, I want to ask everyone to keep an open mind as to how an ambitious devolution package could make a huge difference to the lives and livelihoods of those living and working in Cornwall.

It is evident that devolution deals aren’t idle words, with research suggesting that devolution to Greater Manchester has had a positive impact on health and increased life expectancy across the region.

Securing a devolution deal for Cornwall now would go a significant way towards benefitting one and all, not only during this hugely challenging time but delivering on our mission of working with communities for a carbon neutral Cornwall, where everyone can start well, live well and age well.

Once the proposed deal has been agreed in principle with Government, Cornwall Council will be conducting a robust consultation on the deal and the required change of governance. We will be working alongside the Consultation Institute to ensure that best practice is followed.

The results of the consultation will be considered before any final decisions are made to proceed with and to finalise the Deal, including making the required change to the Council’s governance to that of a directly elected Mayor. The results will also be shared with Government.

I want to thank you all for your patience so far and that once the proposed devolution deal is published, you’re able to consider the direct and indirect benefits of the deal alongside the required governance change.

In the meantime, please visit the dedicated devolution webpage that explains how we’ve arrived at this point and the benefits that a second devolution deal could bring to Cornwall.