Two rogue traders have been given suspended jail sentences following a spate of frauds involving tree-cutting and gardening work.

Sheila Best and Terry Orchard of Wheal Jewel, St Day, were sentenced at Truro Crown Court on December 21 after pleading guilty to the offences along with the fraudulent use of a bank card stolen from one of the victims. 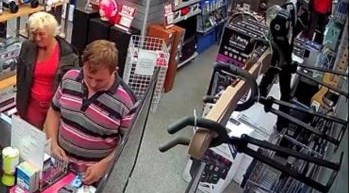 The court heard how the pair cold-called at the home of a 77-year-old woman in Fowey in August 2020.

Orchard carried out tree-cutting at the property despite the resident not agreeing to the work.

Once finished, Best and Orchard drove the victim to the bank so she could withdraw £500 from a cash machine.

The pair later asked for a further £1,000 for which the victim wrote out a cheque. At this point a neighbour intervened to stop the cheque being cashed.

In the following month the court heard how Best entered the home of a 52-year-old medically vulnerable man in Mount Hawke and stole his wallet.

Later that day Best and Orchard tried to use the victim’s bank card by withdrawing £500 in cash and then attempting to buy a TV and other goods at a local Cash Generator store. The store declined the purchases and withheld the card.

The following week the pair targeted an elderly resident in St Erme after ignoring a ‘No Cold Caller’ sticker at the property.

Orchard approached the resident who agreed to have some bushes cut for £300 along with some further work at the rear of the property which Orchard claimed would cost £200.

The victim wanted to pay by cheque but Orchard refused and both he and Best drove the victim to the local post office to withdraw the £500.

After using the victim’s brush to clear the branches, they left. No further work was done at the rear of the property despite it having been paid for.

Both Best and Orchard were each sentenced to 10 months imprisonment suspended for 10 months.

The court also imposed a three-month curfew on Best and ordered Orchard to undertake 180 hours of unpaid work and attend 10 rehabilitation day sessions.

They both received Criminal Behaviour Orders preventing them from undertaking cold-calling activities for the next five years.

Councillor Martyn Alvey, Cornwall’s Portfolio Holder for Environment and Climate Change, said: “We urge people to be cautious when they are cold-called at their homes. In these cases the victims’ neighbours and friends have been vigilant in raising the alarm and preventing further loss or exploitation.”

Gary Webster, Cornwall Council’s Fair Trading Manager, said: “Vulnerable and elderly residents are too often targeted in this way and we are content that the sentence recognises the impact that these crimes have on their victims. The Criminal Behaviour Order is vital in ensuring that these two individuals are not permitted to continue to operate this type of business.”

“I would like to pay tribute PCSO Emil Gabriele, who is seconded to our team as part of a Devon and Cornwall Police and Trading Standards doorstep crime initiative. PCSO Gabriele’s work on this case has been instrumental in securing these convictions; and his efforts in engaging with local communities has been key in detecting and preventing this kind of offending.”

The Council’s Trading Standards team administers the ‘Buy With Confidence’ trader approval scheme. Members of the scheme are background-checked and audited for legal compliance by Trading Standards Officers. More information can be found at www.buywithconfidence.gov.uk.