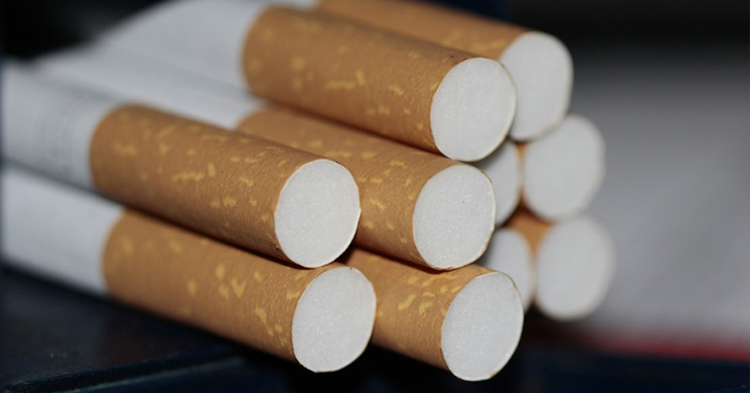 Two individuals caught driving on the A30 in Cornwall with over 20 kilograms of smuggled rolling tobacco have received custodial sentences.

Martin McDonagh of Speyside Court, Peterborough and Martin Ward of Deeside, Queensferry were stopped by Devon and Cornwall Police and found to be carrying four large boxes of rolling tobacco. The pair initially claimed these belonged to guests at a family wedding they were attending in Cornwall, but later changing their story to attending a funeral. The duo then attempted to claim it was for personal consumption.

McDonagh and Ward were sentenced on Friday 26 August 2022 at Truro Crown Court, where they received six month and 28 day suspended sentences respectively. They were also ordered to pay £1,250 towards prosecution costs.

Combatting sales of illegal tobacco feeds directly into the wider Tobacco Control activities within Cornwall and Isles of Scilly. Almost 1,000 people die each year in Cornwall from smoking-related illness. We know that price is an important motivator when a smoker decides to quit, so sales of cheap, illegal tobacco directly undermine quit attempts.

Councillor Martyn Alvey, Cornwall Council’s Cabinet member for Environment and Climate Change said, “Cornwall Council is committed to clamping down on the sale of illegal tobacco. There is a very clear message - if you sell illegal products, chances are you will be caught, and you could face serious penalties through the courts. We have to encourage all possible action against those who sell illegal tobacco and cigarettes.”

Anyone with information about the sale of illegal tobacco can make a report in confidence by emailing report-it@cornwall.gov.uk