A father and son have both been sent to prison for 19 weeks and banned from keeping farm animals after admitting to a string of animal cruelty offences.

John Read (71) and his son Sam Read (36), from Praze an Beeble near Camborne, established a smallholding after moving to Cornwall from London 20 years ago.

On December 16 2020 officers from Cornwall Council’s Animal Health Team visited the farm and discovered most of the animals were kept in unacceptable conditions. Several were emaciated and one lamb could hardly walk.

During a follow-up visit in January 2021, the inspectors found the cattle still had no food or bedding, housed cattle were caked in dung and sheep were mud-covered and shivering with the cold. 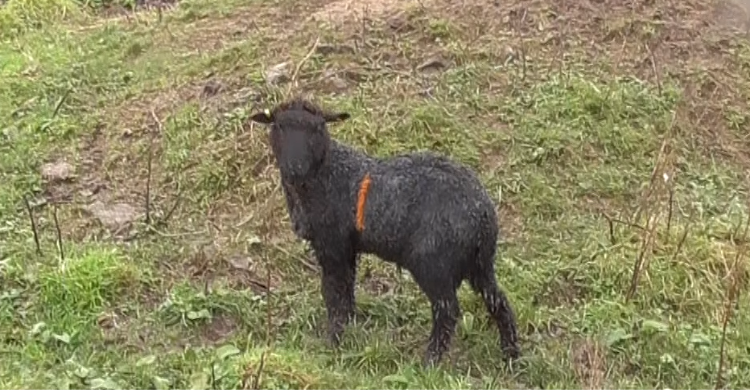 One of the sheep at the Reads' smallholding

A complaint was received in May 2021. The inspectors found that goats had overgrown hooves and access to dirty water and that cattle were being fed poor quality hay.

On August 4 2021, before District Judge Matson, the Reads pleaded guilty to the following charges:

They received a 19-week custodial sentence and were disqualified from keeping farm animals for 10 years. Both defendants appealed to Truro Crown Court and the appeal was heard by Judge Simon Carr on 22 October.

Kevin Hill, prosecuting for the Council, informed the court that many of the sheep were emaciated and had no quality supplementary feed. The cattle were in poor body condition, kept on high ground and moorland, and had no shelter and no quality hay to eat. The cattle also had access to scrap and collapsed fencing. The poultry were shut in a shed with no ventilation.

The court heard how the defendants had been sentenced in 2019 and 2020 for similar offences and the offences that were now before the court were in contravention of the suspended sentence imposed in 2020.

During mitigation, the court was told that considerable improvements have now been made to the farm and that no animals had been caused deliberate cruelty.

Judge Carr said the cruelty had been deliberate and in a commercial context and as such the 19 weeks custody sentence was appropriate and not appealable. The court also imposed a disqualification order in respect of farmed animals for a period of 10 years, which was suspended for a period of 28 days to allow the farmed animals to be disposed of.

Jane Tomlinson, Head of Trading Standards for Cornwall Council, said: “This case involved incompetent smallholders. The animals were not pets and were sold for commercial gain. Over the years the Council and Defra have provided the Reads with considerable advice, but it was ignored.”

Councillor Martyn Alvey, Cornwall Council’s portfolio holder for Public Protection and Enforcement Services, said: “This is a shocking case of long-term cruelty to animals. Where officers find non-compliance and a complete disregard for farm animal welfare, the Council will take formal action to protect animals and the reputation of the Cornish farming industry.

“Advice is available from animal health inspectors, colleges and the Defra website. I urge smallholders to do their research before buying animals.”