Have your say over St Blazey skatepark proposals

Skaters in St Blazey are being urged to have their say over proposals for a new skate park.

Bull Engine Skate Park had to close because of unsafe equipment which has been removed.

A new hard standing for the skate park has been installed, which was funded by the StARR Project.

Local skaters are now being urged to complete an online survey about the proposed designs for the new equipment, which will be funded by Cornwall Council. 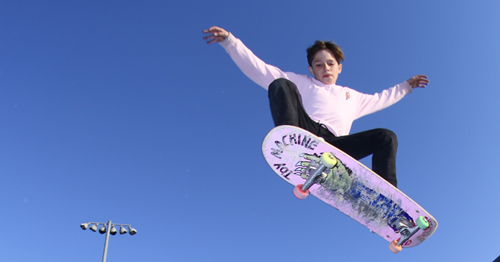 Following a previous public consultation, two designs have been drawn up for the new facilities. Both include a variety of ramps and rails.

To share your views on the proposals, fill out this questionnaire by August 12. It only takes two minutes to register on the Let’s Talk Cornwall website to complete the survey.

Martyn Alvey, portfolio holder for Environment and Climate Change at Cornwall Council, said: “We want to hear what the young people in St Blazey would like to see in their new skate park. We want them to have a sense of ownership and responsibility in the new facility.

“The StARR project is helping to make Par and St Blazey a better place to work, live and play. I urge local families to complete the survey so they can have their say over these exciting proposals which will benefit the community.”

The StARR project is receiving £7.8 million of funding from the European Regional Development Fund (ERDF) as part of the European Structural and Investment Funds Growth Programme 2014-2020.

You can find out more about the flood prevention schemes on the Let's Talk Cornwall website.